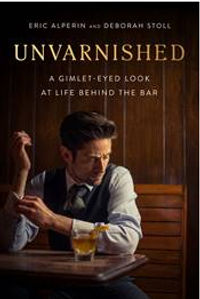 A Gimlet-eyed Look at Life Behind the Bar

A Kitchen Confidential for the cocktail profession, Unvarnished is a fly-on-the-wall narrative peek at the joys, pains, and peculiarities of life "behind the stick."

When it opened a decade ago, the acclaimed Los Angeles speakeasy The Varnish - owned, designed, and managed by award-winning cocktail aficionado Eric Alperin - quickly became the stylish standard bearer for modern bars. Unvarnished is a candid, voice-driven, no-holds-barred look at the workings of a bar, and the foundation of The Varnish's success: attention to hospitality and an abiding belief in the nobility of service.

Alperin and veteran bartender and writer Deborah Stoll push back against the prevailing conceit that working in the service industry is something people do because they failed at another career. They offer fascinating meditations on ice as the bartender's flame; the good, the bad, and the sad parts of vice; one's duty to their community as a local; the obsessive, compulsive deliberations of building a bar (size matters); lessons from Sasha PetraskeEric's late partner, mentor, and the forefather of the modern day classic cocktail renaissanceand the top ten reasons not to date a bartender. At the book's center are the 100 recipes a young Jedi bartender must know before their first shift at The Varnish, along with examples of building drinks by the round, how to Mr. Potato Head cocktails, and what questions to ask when crafting a Bartender's Choice.

A sexy, gritty, honest look at the glamour-less work of a glamorous job, written with the intimate honesty of The Tender Bar, the debauched inside view of Kitchen Confidential, and the social commentary of Waiter Rant, Unvarnished will take its place among these classics of the service set.

Eric Alperin's first experience behind the stick was at The Screening Room in New York City. He has worked at the Michelin-starred Lupa and Sasha Petraske's Little Branch. In Los Angeles, he created Osteria Mozza's liquor and cocktail program before opening The Varnish in 2009. The Varnish was a James Beard semifinalist for Outstanding Bar Program from 2013 to 2017 and won Best American Cocktail Bar at Tales of the Cocktail in 2012. Eric was also a finalist for Best American Bartender at the Spirited Awards. He is also a co-owner of Half Step in Austin, Texas; the acting Director of Cocktail Bars for Pouring with Heart; and a co-owner of Penny Pound Ice, The Slipper Clutch, Bar Clacson, and The Streamliner at Union Station, all in Los Angeles. He will launch the Red Dog Saloon in Pioneertown, CA in early 2020.

Deborah Stoll is a novelist, journalist, lyricist, screenwriter, short story writer and animator. Her essays and articles have appeared in the Los Angeles Times, The Economist, LA Weekly, the San Francisco Chronicle and Punch Drink. Her short stories have been published in Slake, Swivel and Fresh Yarn. Her songs have been heard on TV shows such as American Idol, Glee, CSI Miami, and Pretty Little Liars; in movies like For a Good Time, Call; and in ads for Ralph Lauren. Her film and TV scripts have been recognized at Sundance, Slamdance, and the Hollywood Screenplay Contest. She is currently at work on her first novel.

With the turn of every page, Alperin and Stoll have slipped off the underpinnings of our industry and provided us with the best seat in the house - a voyeur's keyhole into the passionate yet gritty world of bar life. Brutally honest and deeply personal, Unvarnished is a cathartic bloodletting for anyone who has ever worked behind the stick. I loved it, I hated it, I couldn't put it down.

Unvarnished is an uplifting story of a man in the relentless pursuit of his dreams, even when he is not sure what that dream is. And that's the beauty of Unvarnished. When he discovers his passion, he, along with the reader, go on a beautiful - and delicious - odyssey to the best bar in Los Angeles.

One of the best cocktail books I have ever read - a true and honest insight into what it's really like to own and run a critically acclaimed bar. Alperin and Stoll chronicle the trials and tribulations of being a bar-owner, bouncing seamlessly between narratives about the grind and temptations of the lifestyle that come with the territory.

Quote: Simon Ford, founder of the 86 Co. and Fords Gin

A beautiful, heartbreaking, and triumphant look inside the beating heart of one of the most wonderful bars in the world. Alperin and Stoll have given us a raw, passionate, and hilarious record of exactly what it takes to achieve greatness in this business.

His isn't the usual breezy or dutiful as-told-to memoir but rather a deep and meticulous dive into Alperin's personality and experiences. Consequently, sometimes the narrative is spectacularly and absorbingly dorky... Even teetotalers will relish the insights into this arcane world.

Unvarnished reads like an unwavering, no-shortcuts hug from across the room, filling your soul with the most delicious pour, from the heart.

The portrayal of cocktail culture in Unvarnished strips away the veneer of cheer that bartenders work so hard to project, revealing the chaos behind the curtain in a vocation where rapturous heights are offset by depraved depths. Cocktail geeks should be grateful that Alperin and Stoll bare as much of The Varnish's ethos as its founder's soul in this cinematic memoir that affirms the virtues of hospitality.

Unvarnished is a celebration of Eric's friendship with Sasha Petraske, a man of extraordinary vision and talent who changed the bar world forever. It is also a manual for bartenders around the world of what a modern classic cocktail bar should be.

In this page-turning gem, Alperin and Stoll bring to fascinating life the ins and outs and ups and downs of building a glamorous, successful speakeasy. Part memoir, part perfectionist's tutorial, this book will make you thirsty as hell for the perfect cocktail and even hungrier to pursue your own glittering dreams. 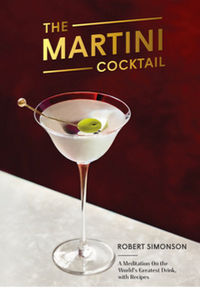 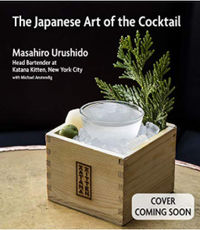 THE JAPANESE ART OF THE COCKTAIL 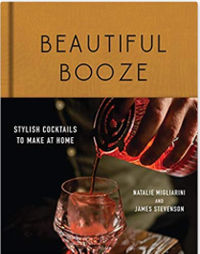 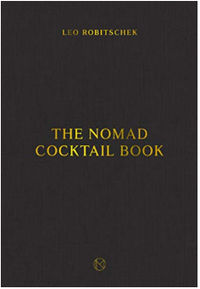 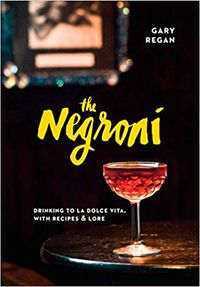 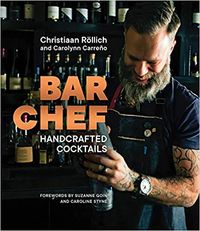 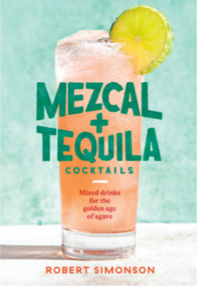 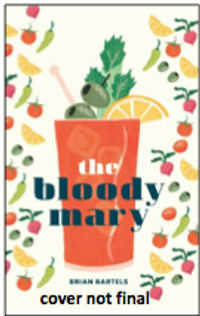