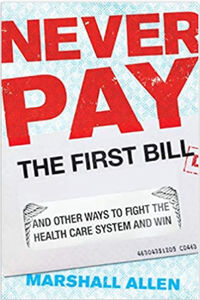 And Other Ways to Fight the Health Care System and Win

From award-winning ProPublica reporter Marshall Allen, a primer for anyone who wants to fight the predatory health care system--and win.

Every year, millions of Americans are overcharged and underserved while the health care industry makes record profits. We know something is wrong, but the layers of bureaucracy designed to discourage complaints make pushing back seem impossible. At least, this is what the health care power players want you to think.

Never Pay the First Bill is the guerilla guide to health care the American people and employers need. Drawing on 15 years of investigating the health care industry, reporter Marshall Allen shows how companies and individuals have managed to force medical providers to play fair, and shows how you can, too. He reveals the industry's pressure points and how companies and individuals have fought overbilling, price gouging, insurance denials, and more to get the care they deserve.
Laying out a practical plan for protecting yourself against the system's predatory practices, Allen offers the inspiration you need and tried-and-true strategies such as:
- Analyze and contest your medical bills, so you don't pay more than you should
- Obtain the billing codes for a procedure in advance
- Write in an appropriate treatment clause before signing financial documents
- Get your way by suing in small claims court

Few politicians and CEOs have been willing to stand up to the medical industry. It is up to the American people to equip ourselves to fight back for the sake of our families--and everyone else.

Marshall Allen is a reporter for ProPublica, where he covers the health care industry. He is a Pulitzer Prize finalist and recipient of the Harvard Kennedy School's Goldsmith Prize for Investigative Reporting. He teaches investigative reporting at the Newmark Graduate School of Journalism at the City University of New York, and has spoken at various conferences across the country. Prior to journalism, he spent five years in full-time ministry, including three years in Kenya.

Q&A: How Patients Can Get Wise to Bad Billing Practices - Marshall Allen discusses how patients and providers can fight back against medical overbilling

Investigative journalist Marshall Allen teaches us how we can fight back against opaque and predatory medical bills. ...

ProPublica reporter Marshall Allen investigated high healthcare costs and chased down medical bills for years. Now he wants to convince everyone that they do have the power to fight the system. We ask him how. ...

author's piece: How to stop getting ripped off by American health care and save big money...

There appears to be no bottom to the deception, self-dealing and criminal behavior that is the US healtcare system. In Never Pay The First Bill, healthcare investigative reporter Marshall Allen has collected a well-rounded and well thought-through range of stories to understand the enemy, and successfully fight back. His advice could save numerous bankruptcies, both corporate and individual.

DISEASE X: The Full Story of… 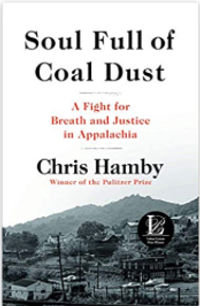 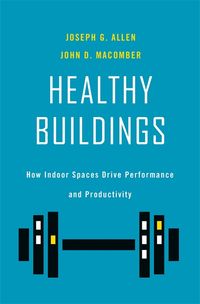 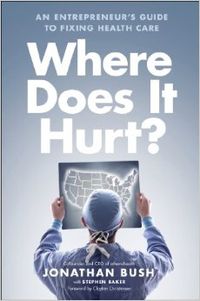 WHERE DOES IT HURT? ONE IN A BILLION

THE GOSPEL OF WELLNESS 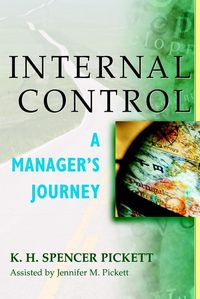